The biota and geology of Ngārango Otainui: A mixed indigenous / naturalised vegetation association of the Māngere Inlet, Manukau Harbour 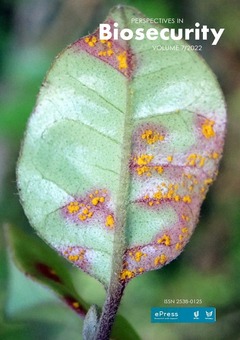 An account of the geology, vegetation associations, mycobiota, flora and avifauna of Ngārango Otainui, a 0.309 ha island located at the eastern end of the Māngere Inlet, Manukau Harbour, Tāmaki Makaurau / Auckland is provided. This appears to be the first comprehensive account of the island’s geology, vegetation and biota. The island has been mapped by others as Puketoka Formation; our survey confirmed this, noting that the basal exposed portion of the island appears to be a distal, heavily weathered ignimbrite over which is deposited a series of tephras (Hamilton Ashes). The flora and mycobiota of the island, assessed over three visits (2009 and 2021) recorded 125 taxa from 57 families and 100 genera from Ngārango Otainui, and vouchers for 119 (95%) of these obtained. Fifty-two (54%) of the vascular plants and four (36%) of the bryophytes are naturalised to New Zealand and most of these dominate the island’s vegetation. Earliest imagery (1940) available suggests that the island was then dominated by grassland, and that since then the island has developed a woody vegetation dominated by naturalised plants, mostly from dispersal from nearby Auckland City urban sources. Fourteen of these plants are regarded as pest species within the Auckland Council Region. During two visits (January and November 2021) 14 species of bird were noted on or around the island. While no nationally threatened taxa were found, one plant, Bromus arenarius, five lichens and three birds seen are listed as ‘At Risk’ by threat listing panels using the New Zealand Threat Classification System. Nine vegetation associations (and sparsely vegetated landforms) were recognised. These are described in this paper and their extent given and mapped. Since aerial imagery became available for the island, 55% of the island has been lost through erosion, which is ongoing.