The house as domestic clinic 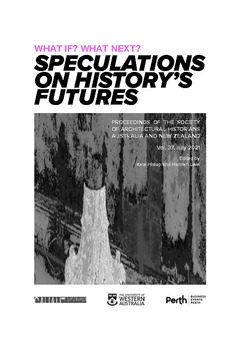 Schnoor, C. (2021). The House as Domestic Clinic. In Kate Hislop and Hannah Lewi (Ed.), What If? What Next? Speculations on History’s Futures. Proceedings of the Society of Architectural Historians, Australia and New Zealand 37 (pp. 556-563). Retrieved from https://www.sahanz.net/wp-content/uploads/SAHANZ-2020-FULL-PROCEEDINGS.pdf

Infectious diseases have dramatically affected social behaviour in the past, as is happening now, during the current coronavirus pandemic. But infectious diseases have also altered architecture and urban design on the way to modernism. Tuberculosis acted as a major health threat in the late 19th and early 20th century. Although Robert Koch discovered the Mycobacterium tuberculosis in 1882, the disease continued to kill many thousands of often young people particularly in crowded cities until finally, in 1944, the discovery of the antibiotic streptomycin made medical treatment possible. In the absence of medication, another ‘tool’ was employed to improve the health of tuberculosis patients: architecture. First it was the sanatorium, later the modernist dwelling that was designed to be hygienic both in functional and in symbolic terms; and, on a larger scale, modernist urban design – the dispersed modernist slab-city. In his 2007 book Light, Air and Openness, Paul Overy has mapped out the contributing factors of this movement which happened in part as an intense collaboration between architects and medical experts: in her 2003 dissertation entitled Neues Bauen and Hygiene, Christina Flötotto has demonstrated the close collaboration between physician Friedrich Wolf and architect Richard Döcker in Stuttgart. Will architecture possibly change through the current pandemic, and how? In order to be able to speculate about this question, this paper investigates how modernist architects took cues to turn houses into domestic clinics, appearing as sanatorium buildings for everyone in the heyday of this movement, in the 1920s. The paper studies relevant works of two architects: on the one hand Richard Döcker, who through his publication Terrassentyp (‘terrace-type building’) argued explicitly for the link between the sanatorium and the house, and on the other hand Le Corbusier who argued more broadly, however implements sanatorium-like elements even more strongly, particularly by introducing architectural gardens as part of the house.