Some brief notes on kai Māori 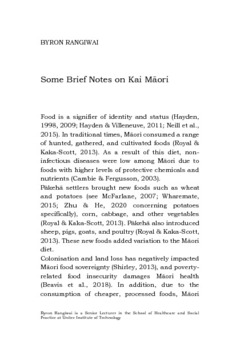 All articles are made available using a Creative Commons (CC-BY-NC 4.0) worldwide shareable licence.