The association between sport specialisation and movement competency in youth: a systematic review 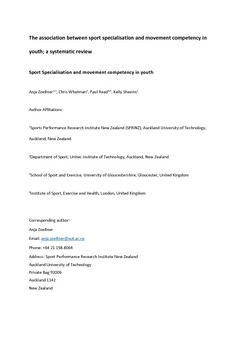