Modelling the performance of a diffusion absorption refrigeration system 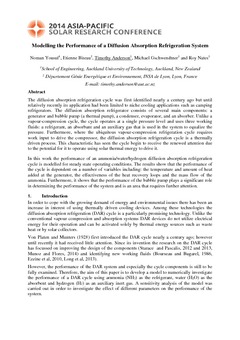