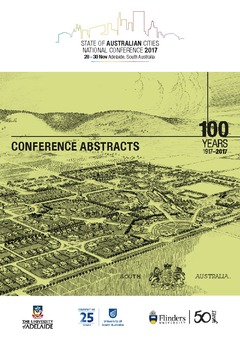 The conversion of former industrial buildings and identifying heritage as a commodity has become a pervasive trend, especially over the last decade. Adaptive re-use of old industrial buildings is often seen as an alternative to demolition and replacement and as the primary development solution for an existing building when it no longer meets expectations. Auckland City has at its disposal existing building stock that can offer significant economic, environmental and social benefits despite the stigma attached that this is both a complicated and costly process. The aim of this paper is to examine the key areas of consideration involved in an industrial to residential conversion project in one of Auckland’ s CBD fringe areas. The study utilises a case study approach that focuses on the Ford Factory Lofts, situated in Parnell. Semi-structured in-depth interviews were carried out with the property developer, architect, structural engineer, planner and marketing manager. Fieldwork and documentary research complemented the interviews with the aim to understand the potential that adaptive reuse has in the context of Auckland City. The findings indicate that for a developer to consider adaptive reuse as a viable alternative to demolition, a clear set of financial incentives must be identified. Although the undertaking was not attractive in terms of cost and risk related to buildability, marketability and the potential for return on investment played an important role and ultimately validated the process, allowing the developer to capitalise on the building’s character. Other drivers, associated with sustainable building practices, were not considered and were instead a bi-product of the adaptive reuse process.