Perceptions of community safety in West Auckland and White fragility 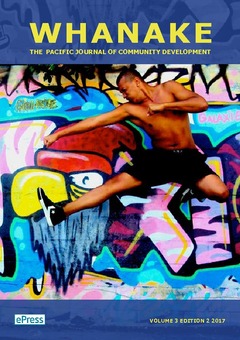 Unitec and Community Waitakere have recently completed a project supported by the Lottery Community Sector Research fund, looking at the contemporary issues affecting perceptions of safety in West Auckland communities. A review of eight recent surveys and research reports between 2012 and 2016 into community safety in West Auckland suggests that the negative perceptions held about the safety of our community and the people who are part of it have more impact than the actual amount of crime that is reported in the community. Responses to questionnaires given to 159 people covering the age spectrum, female and male, and Pākehā/European, Māori, Pasifika, Asian and other cultures showed that despite a clear fall in reported crime rates in West Auckland people generally believed that crime had increased and was worse than in the rest of Auckland. In a number of different respects, the Pākehā/European participants were significantly more concerned about personal safety and crime that the other communities who participated in the questionnaire. The Pākehā/European participants were significantly more likely than the other groups to want more police patrols and a get-tough-on-crime approach, and were significantly less interested in a collaborative neighbour-to-neighbour community development approach. The data suggests that perceptions of safety in the community are influenced by culture and that one or more minority cultures are likely to be seen as the problem by the dominant culture. This raises the issue of the role of ‘white privilege’ (McIntosh, 1988) and, particularly, ‘white fragility’ (DiAngelo, 2010) in considering community safety. ‘White fragility’ here refers to the challenges of over-reactive white sensitivity to suggestions that their position of privilege might impact on the wellbeing of people of other cultures.

Perceptions of Community Safety in West Auckland and White Fragility is licensed under a Creative Commons Attribution-NonCommercial 4.0 International License.