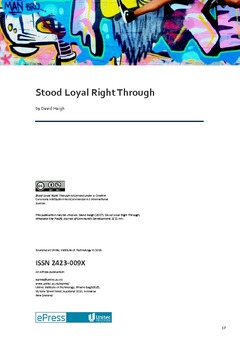 Taken from Johnny Mitchell’s recorded reflections (1974) – 179 pages of transcripts. A friend of Johnny’s, Rev. Dr Bruce Hucker interviewed him. A group of deregistered waterside workers met the costs of tapes and transcriptions. Johnny gave the transcripts to me (the writer) and said I could use them in any way I thought might be useful. Bruce Hucker introduced me to Johnny in the 1980s, when unemployment had risen again. We formed the Auckland Unemployment Committee, and disseminated information and advocated policies in order to improve the situation for those who were jobless. Johnny was in his element delivering newspaper-style publicity material in the inner city. Abstract Johnny Mitchell was raised in the East End of London and went to work on the docks and as a seaman. Sailing conditions were poor until he worked for a New Zealand shipping company, and he eventually jumped ship in Wellington to be with the woman he was to marry. They settled in Freemans Bay, but this was the 1930s, a period of deep depression. Johnny found employment as a relief worker for Auckland City Council. Wages were low and working conditions poor. Even though he was communist, he actively supported the election of the first Labour Government in 1935. Eventually Johnny became a wharfie and an active member of the Waterside Workers Union (WWU). The waterfront dispute of 1951 became a significant period in Johnny’s life. He held an important position in the union and was involved in illegally writing and disseminating publicity about the dispute. Life became risky as he evaded the police, who were trying to stop this activity. He also was involved in bloody demonstrations during this period. He received recognition from the union for his work during the dispute. Johnny, throughout this period, was also a community worker and community activist (before such terms were invented) in Freemans Bay, opposing those who sought to oppress the poor, seeking better amenities for the neighbourhood and providing opportunities for people to engage in their community.

Stood Loyal Right Through is licensed under a Creative Commons Attribution-NonCommercial 4.0 International License.