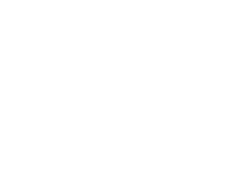 Rodrigues, N.C. (2016). Blurring the lines. Explanatory document. An unpublished research project submitted in partial fulfilment of the requirements for the degree of Master of Architecture (Professional), Unitec Institute of Technology.

The Aotea Quarter has been identified by the Auckland City Council as the cultural heart of Auckland. The Quarter currently lacks necessities, such as adequate connections between major public squares, and a current lack of connection between the cultural and arts facilities. These links and connections prevent the Quarter from fulfilling its true potential as Auckland’s leading cultural hub. The weak and ineffective connections are caused by the inactive edges and undeveloped dormant urban spaces (such as council owned car parks) within the Quarter. This research project builds on the Aotea Quarter Framework plan to revitalise the Quarter. The primary focus is making a substantive contribution to the creation of a Theatre District within the Aotea Quarter. Outdoor theatre and street performance exemplifies human interaction, as emotions and reactions are not hidden away in the darkness of the auditorium but rather exposed in daylight and defenceless if the performer approaches. It creates a bond between the performer and audience, and between the audience members themselves. Through blurring the boundaries between theatre and performance, the project proposes multipurpose outdoor performance spaces. The design creates purposeful visual and physical links and connections with the theatres in the vicinity. Simultaneously, the project looks at the urban design problems caused by the construction of Mayoral Drive. The design aims to strengthen the corner of Mayoral Drive and Queen Street and improve the connection between Aotea Square and Myers Park. People are a city’s biggest attraction and we will naturally gravitate to exuberant and lively places. The thoroughfares are designed to attract people by creating the opportunity for impromptu performances and rehearsal spaces, while forming links with the existing performing arts venues.