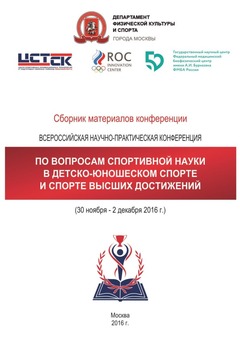 One of the components of this response involves the latent period of simple sensor-motor reaction that is often viewed to be the result of integrative brain function [Bernstein,1967]. The influence of the motor component in the implementation of a simple motor response and reaction time, noted by the abovementioned authors, is Associated mainly with the type of nervous system rather than biomechanical and anthropometric characteristics of participants.. The period of muscular mechanical contraction is an important element which may delay reaction time [Jiménez- Jiménez et al.,2011] and according to Bernstein [Bernstein,1967] theory there is no simple linkage between motor neuronal output and movement. This theory implies that limb shape and current physical properties of contracted musculature distort motor output. It is also known that motor output involves inertial forces, which often impede the implementation of movement [Enoka,1994; Loeb, 1985, Murray et al., 1995]. These forces, in turn, depend on the mass and length of the driving segments, as well as the localization of the centers of mass of the reacting kinematic chain [Bernstein,1967] . Masses and lengths of reacting segments may affect reaction time [Chu, 1989; Gutnik, et al, 2001, Mignardot, et al.,2010, Samaras, 2007, Williams et al.,2008]. From a biomechanical perspective the masses and lengths of the reacting segments represent their inertial features and should be treated as peripheral elements of the motor system [Lieber, 2002]. Specifically, a relationship to rotational inertia can be considered, because all movement in the joints is rotary. Some authors studied the influence of rotational inertia of the reacting segments on the duration of motor reaction. For example, Anson [Anson, 1989] artificially increased the weight of the proximal and distal segments of tested limbs. He found some delay in reaction time corresponding with increasing rotational inertia of the reacting segment and vice versa. The main shortcoming of his study was that the experimental gravitational conditions for the test were very artificial and the motor program(s) selected for this new motor action had not been properly adapted to the new environmental force conditions. Other researchers have increasingly paid attention only to the length of the limbs or total body height [Chu, 1989, Samaras,2007]. They concluded that participants with short stature and relatively short upper limbs react to simple stimuli more quickly, and vice versa. However, it must be remembered that these data are indirectly related to the inertial features of the upper extremities, because their lengths may only partially reflect these features. Some researchers noted that people with higher mass had longer reaction time, but explanations of their results were linked to only purely neural factors, such as distortion of sensory and proprioceptive signals [Mignardot et al, 2010, Williams et al., 2008]. The aim of our study was to examine the dependence of reaction time on the moment of inertia of the limbs of participants during adduction of the forearm and hand. In contrast to Anson’s [Anson, 1989] study, our research involved a large array of participants of both genders with the same age. This approach offers two advantages; the opportunity to compare the inertial characteristics of a large number of participants, and, to avoid artificial loading of their segments and, in turn, exclude adaptive response of participants.