Is radical innovation a new value-adding paradigm for construction organisations or just a current fad? : a critique. 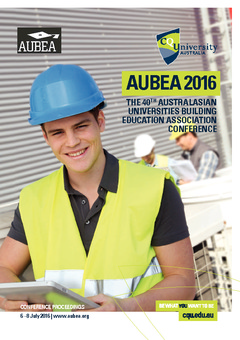 The Construction Industry, globally, has long been accused of low levels of productivity and innovation and arguably cannot be as readily measured using mechanisms common to other industries. Innovation is described and defined differently according to the particular context of discourse. This research investigated a process known as ‘radical innovation’ from a published and funding perspective longitudinally over time in a range of industries, including how it may or could be interpreted, applied and add value in the construction context. A systematic and in-depth literature review was undertaken involving sources from longstanding and credible journal data bases. The findings were analysed using an interpretative methodology that incorporated a multi-dimensional measurement approach. The findings, and the subsequent critique, were broken into two components – ‘radical innovation’ persé, and ‘radical innovation’ in construction. The resultants established that ‘radical innovation’ has been explored by researchers from the 1930’s in the context of many industries, but not within the Construction Industry context – where only a handful of journal articles having been published. In addition, enablers and obstacles have been identified, with only minimal evidence of previously proven methods within the Construction Industry. A poor track record of investing in research and development, the nature of the industry being adversarial and fragmented, with many micro organisations, suggested that an action research project will be the next step to test and potentially embody ‘radical innovation’ and increase productivity.