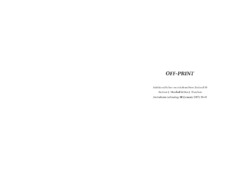 Pertusaria endoxantha Vain. is reported for the first time from New Zealand. Pertusaria endoxantha Vain. was first collected by G.F. Scott-Elliot in 1893–1894 from the Rwenzori mountain range of Uganda, then subsequently described by E.A. Vainio (Vainio 1898). Australian material was previously recorded as P. norstictica A.W.Archer, and was originally collected from Tasmania on Acacia mearnsii (Archer 1991). Other synonyms include P. sanguinescens Zahlbr., which was collected from Eucalyptus in Java, Indonesia (Zahlbruckner 1928), and P. macrostomoides C.W.Dodge and P. prolifera C.W.Dodge, from Africa (Dodge 1964). Pertusaria endoxantha has also been reported from Papua New Guinea (Archer 2004) and northern Thailand (Jariangprasert 2005), but has not previously been recorded from New Zealand (Galloway 2007; de Lange et al. 2012). A lichen diversity study in the Auckland region of New Zealand (Fig. 1) found a single population of it on Phyllocladus trichomanoides.

Department of the Environment and Energy, Australia