The Brazilian metropolitan regions in the context of the statute of metropolis: the importance of collaborative governance. 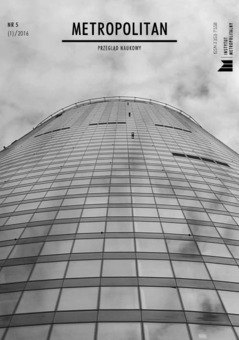 The current urban situation is represented by issues that go beyond municipal boundaries and by increasingly complex arrangements between cities. Part of this complexity arises from the polycentric character of metropolitan areas, since the current metropolises have undergone intensive processes of decentralization and productive restructuring, redistributing activities through an increasingly dense network of internationalized and functional interdependent cities. It can be seen, therefore, a growing interdependence between the various territorial levels of power (local, state, national and international) (KLINK, 2008; MAGALHÃES, 2008; SOARES; SCHNEIDER, 2012). In this context, the metropolitan approach has become increasingly important, as the city is no longer the most appropriate unit for the territorial framework of various public policies, socio-economic processes and environmental issues (FIX; PEREIRA, 2013). The solution, to some urban problems, relies today more and more on the integrated management of metropolitan areas Currently Latin America has high rates of urbanization, resulting in an ever increasing number of cities with metropolitan characteristics. Set in this context, Brazil occupied, in 2000, the 5th position in Latin American urbanization (OBSERVATÓRIO DAS METRÓPOLES, 2009, p.1) with more than 85% of its population concentrated, in its majority, in metropolitan areas (IBGE, 2010; ROJAS, 2010). Recently, due to this scenario, there has been a resumption of the metropolitan issue on the national agenda. A reflection of this is the recent passing of the Statute of Metropolis (Estatuto das Metrópolis), which represents a step forward towards the issue of metropolitanization, encouraging shared management and integrated planning of metropolitan areas. This article proposes to reflect on the paradox of the importance of Brazilian metropolitan areas versus existing management weaknesses, observing the current situation of these areas, their process of formation and how the issue of metropolitan governance is inserted into this context. First the background of legal implementation of Brazilian metropolitan regions will be presented, divided into three historical periods: a) the formation of the metropolitan areas in the decades of 1970s and 1980s; b) under the influence of the new 1988 Constitution (mid--1980s to the 1990s); and c) the resumption of the metropolitan issue on the political agenda of the country (from 2000s). Secondly, the Statute of Metropolis and the concept of collaborative metropolitan governance will be discussed, in order to rethink their management processes and the integrated urban planning of metropolitan regions, as well as the possible advances and obstacles of shared management.