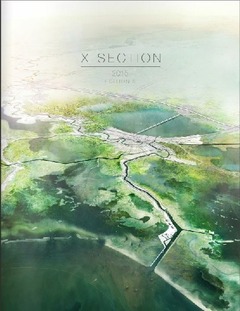 Auckland is a city built on volcanoes. Although the special volcanic landscape has brought benefits such as attracting foreign tourists and providing leisure for residents, it also brings potential risks. Volcanic eruption is ranked as the most dangerous hazard among all types of disaster and is considered a likely event with very high risks (Auckland Civil Defence, 2011). The challenge is to manage the aftermath of the disaster in a growing city as Auckland’ population is expected to grow by one million by 2040 (Auckland Council, 2012). In addition, evidence from the historical record shows that natural disasters such as volcanic eruptions do not always happen in isolation. For instance, the active volcano Mount Tambora, situated on a peninsula in Indonesia, had its strongest recorded eruption in 1815. The volcanic eruption was followed by a tsunami that caused over 4,500 deaths (Monk, Fretes, & Reksodiharjo-Lilley, 1996). As mentioned in the Auckland Civil Defence and the Emergency Management (CDEM) Plan, “Volcanic eruption can also cause other natural disasters, including earthquakes, wildfires, and (given certain conditions) tsunamis” (Auckland Civil Defence, 2010, p. 4). Response strategies in the case of natural disasters have been investigated in several ways. For example, CDEM Plan provides a comprehensive list of disasters that could happen in Auckland, as well as a variety of measures and suggestions relative to each type of disaster (Auckland Civil Defence, 2011). As outlined in the Auckland Evacuation Plan, the five phases of evacuation are decision, warning, physical evacuation, shelter and return (Auckland Civil Defence, 2014). The idea that open spaces can be part of a disaster relief system has been applied in other countries. For example, in many cities in China, use of parks as evacuation spaces has been built into policies (Ye & Fu, 2013). At present, public open spaces in Auckland are not adequately designed as disaster relief spaces. As such, this research attempts to explore how an open space can be used in disaster relief. Specifically, three aims will be addressed: 1. Assess public open spaces for availability of possible evacuation sites. Sites wherein secondary hazards (earthquakes and tsunami) may occur are considered as exclusion zones. 2. Explore the potential for increased usage of public open spaces and identify the emergency functions of open space approaches in disaster relief. 3. Design a sample site with emergency functions and test the design work though simulation in both a disaster situation and daily use.