The Garden City of the 21st century 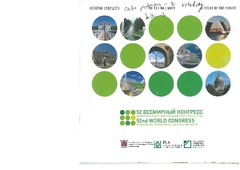 In 2014 the prestigious Wolfson Economics Prize (2014) was awarded to David Rudlin of URBED, for answering the question “How would you deliver a new Garden City which is visionary, economically viable, and popular?” The British Chancellor of the Exchequer, George Osborne announced in 2014 that the first new garden city for 100 years will be constructed at Ebbbsfleet (2015) in Kent, UK, to provide 15,000 homes. These two projects strongly suggest the power that Ebenezer Howard’s (Howard, 1902) original concept of Garden City still has. Yet even a cursory inspection of the two projects and the current debate in the UK show little new, unlike the radical combination of working and living within a hybrid of garden and countryside that Howard originally advanced. This paper suggests a way in which landscape architects can frame the renewed interest in the Garden City by building on the tradition of Howard’s radical inquiry. Taking a combination of techniques from environmental planning and traditional garden making the author develops a planning methodology to demonstrate how a new new garden city might be built. The paper is illustrated by two case studies designed by the author; the design of a resort in Guangdong Province, PR China [Beixing Resort Development] and a subdivision in Auckland New Zealand. [Paramuka Valley Subdivision, West Auckland] GIS mapping is used as a planning tool to analyse the sites through the mapping of important environmental features such as remnant indigenous vegetation and overland flow paths. A complex dialogue between the remediation of a native ecology through the preservation and reinstatement of indigenous hydrology and the preservation and replanting of native eco tones is developed. At the same time garden making procedures are deployed, the introduction of exotic species and the deliberate and artificial manipulation of topography. An architectural programme is introduced into this complex landscape conversation, not as an assembly of building types, but rather as a collection of social desires, a gradient from private to public space mediated through the landscape. The result is a new kind of garden city that develops an innovative social realm for the citizens, one in which a connection and awareness of the sustainable environment is central to a new garden city.