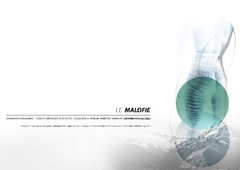 Belford-Lelaulu, J. (2015). Le malofie. An unpublished research project invested in the exploration of Pacific art's influence on New Zealand's architecture. A research project submitted in partial fulfillment of the requirements for the degree of Master of Architecture (Professional), Unitec Institute of Technology.

“E sui faiga, ae tumau fa’avae” “The form changes, but the underlying principles remain” - Samoan proverb The 1950s saw New Zealand open their doors to migrants as jobs became more abundant. Auckland, often regarded as ‘Little Polynesia’, became the new home for many Pacific Islanders, in search of an opportunity for a better life in the so called “world of milk and honey”. Competition for jobs in the 1970s saw Polynesian immigrants targeted by the Immigration Authorities with the notorious Dawn Raids of 1974. Polynesians were blamed for overloaded social services which shaped negative stereotypes of diasporic Pacific communities. Facing issues of identity and place, Pacific communities in New Zealand were challenged with questions asking “who are we” and “how do we represent ourselves”. In Samoan diasporic communities acquiring Le Malofie, the traditional Samoan tattoo, was an identity marker, signifying cultural heritage as well as an expression of Samoan values. Le Malofie, often described as things of beauty for their intricately woven patterns, was a sign of pride and audacity, an affirmation of one’s sense of place setting them apart within a society, but also providing a symbol and motif for a shared identity. This research project uses Le Malofie as a catalyst to explore Pacific art’s influence in New Zealand’s architectural environment. Pacific art in architecture remains currently superficial, used merely to generate curtain walls or facades. This project seeks to delve further in to the tatau, exploring the tatau’s formal relationships and associated meanings that has shaped the Samoan society. The research diverges from looking at Le Malofie from the exterior, but figuratively strips the body from the tatau, stands inside and experiences the patterns from inside out. Auckland is now home to the world’s largest Pacific population. The proposed facility is a “Talitali o MeaSina a Samoa, Niu Sila” which literally translates to “Protecting Samoa’s Treasures in New Zealand”, and is located in Hayman Park, Manukau where the majority of Samoans live. The Talitali will showcase and exhibit Samoan tattooing and the works of Samoan artists, highlighting their significance in what makes New Zealand a culturally distinctive country. It provides platforms in which artists are able to express the uniqueness of Samoan culture, deepening the wider public’s understanding on what has shaped Samoan society in New Zealand. The Talitali preserves, nurtures, and celebrates the artistic expression of Fa’aSamoa values.