Portability of an RF fingerprint of a wireless transmitter 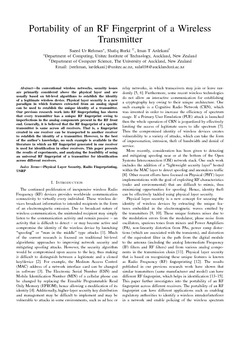