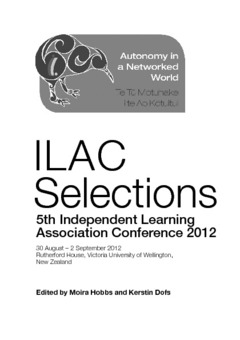 Learner autonomy has received increasing attention in the field of Second Language Acquisition (SLA). Many educators believe that the ultimate goal of teaching is to help students become life-long, independent learners. Holec, who was one of the first to explore the concept of learner autonomy, defines autonomy as ‘the ability to take charge of one’s own learning’ (1981: 3). Over the last few decades, in the field of SLA, considerable effort has been expended in identifying environmental and individual factors affecting learner autonomy and conditions for fostering it (Benson 2007). However, a review of the literature on learner autonomy indicates that studies examining the effects of learner beliefs on learner autonomy are less frequent. It can be argued that it is essential to discover and identify learners’ beliefs when promoting autonomous learning. This is simply because human beings are designers of their own actions (Argyris and Schön 1974). Behind all actions there are underpinning beliefs; hence, learners’ autonomous learning is also governed by their beliefs.