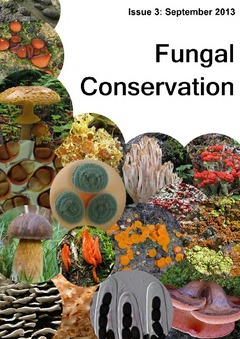 The first listing of the conservation status of lichens indigenous to the New Zealand Botanical Region was recently published (de Lange et al. 2012). The New Zealand Department of Conservation sponsored the threat listing, and as such the lichen panel of P. J. de Lange, D. J. Galloway, A. Knight and D. J. Blanchon were required to use the New Zealand Threat Classification System (Townsend et al. 2008). This system is similar to the IUCN Threat Ranking System (IUCN 2001) but specifically addresses issues of insular rarity and narrow range endemism found in New Zealand (de Lange et al. 2012). The panel met in November 2009 to undertake the initial assessment, and several drafts were reviewed subsequently. The final lichen conservation assessment (de Lange et al. 2012) assessed 1799 taxa; 1706 listed in the second edition of the Flora of New Zealand Lichens (Galloway 2007) and a further 93 taxa accepted for the New Zealand lichen flora subsequently. Most lichen taxa in New Zealand are also found elsewhere in the world, but 375 species are considered to be endemic. The list includes fungi found growing on lichens (lichenicolous fungi). Only a few genera are well served by detailed monographs covering the distribution and habitat preferences of species found in New Zealand. Examples include Pseudocyphellaria (Galloway 1988), Leptogium (Galloway 1999), Sticta (Galloway 1997) and Ramalina (Blanchon et al. 1996; Bannister et al. 2004).