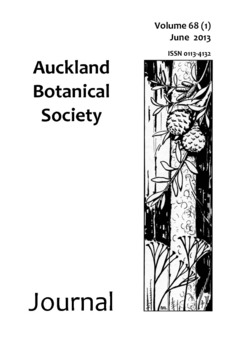 Lichens are often overlooked in ecological surveys, yet they have an essential part to play in ecosystems. Some lichen species are involved in the formation of the first soils on rocky substrates and subsequently aid in soil stabilization. Other lichen species contain cyanobacteria and can therefore fix atmospheric nitrogen, making them highly important in the nitrogen cycle of grassland and forest ecosystems. Lichens are also important habitat for invertebrates, which in turn are food for birds and reptiles. Most lichen species are sensitive to air pollution, and as a general rule, the more species of lichens in an area, the cleaner the air. New Zealand has a particularly rich lichen flora, with 1799 taxa currently accepted (de Lange et al. 2012b), which is around 10% of the total lichen species recognized in the world (Galloway 2007). All New Zealand lichens are considered to be native, although many are also found in other parts of the world.