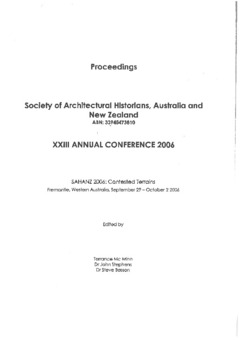 This paper compares some recent films set in the contested terrains of Auckland - sometimes called the biggest Polynesian city. The film Once Were Warriors depicts the violence and despair of Maori life in the outer suburbs. Two more recent films (No 2 and Sione's Wedding) focus on Pacific Island immigrants and introduce a new complexity into the usual discussion of settler versus indigenous, or brown versus white. It is possible to see these films as a reading of the occupation of the house and suburb through Pacific Island eyes, and this is contrasted with the depiction of housing in the Pacific Island Design Guide - a Government publication. There is, in the films, a certain acceptance and right of occupation of the fabric of the city which exposes the European norms that have shaped it.