Evaluation of wireless network performance in a multi-nodes environment 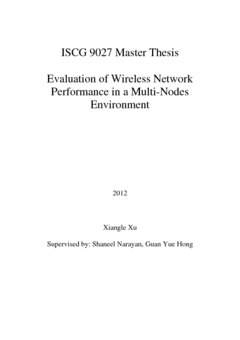 Xu, X. (2012). Evaluation of wireless network performance in a multi-nodes environment. [A thesis submitted in partial fulfillment of the degree of Master of Computing, Unitec Institute of Technology, New Zealand].