Australian journalism and war: Professional discourse and the legitimation of the 2003 Iraq invasion 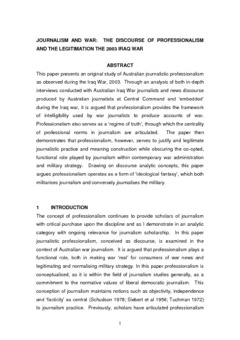