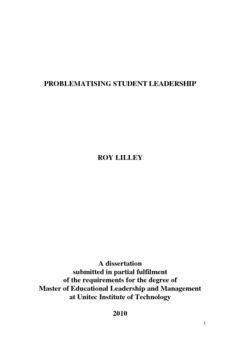 Lilley, R. (2010). Problematising student leadership. A dissertation submitted in partial fulfilment of the requirements for the degree of Master of Educational Leadership and Management, Unitec Institute of Technology, New Zealand.